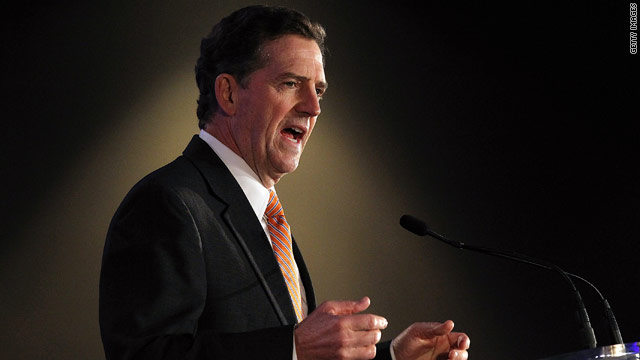 An email to conservative activists obtained by CNN says DeMint will also discuss the "Cut, Cap & Balance Pledge," a contract that opposes raising the nation's debt ceiling without major spending cuts and a balanced budget amendment.

"This call is not just for leaders, but for all activists," the e-mail states. "Please share this with others so that they too can hear what Senator DeMint has to say about our financial crisis."

The e-mail continues: "He has volunteered to do this call because he wants everyone in the grassroots movement to fully understand where we are with this financial crisis and why he and so many Constitutional conservatives support the Cut, Cap & Balance Pledge."

Six presidential candidates have signed the pledge so far. Minnesota Rep. Michele Bachmann has not.