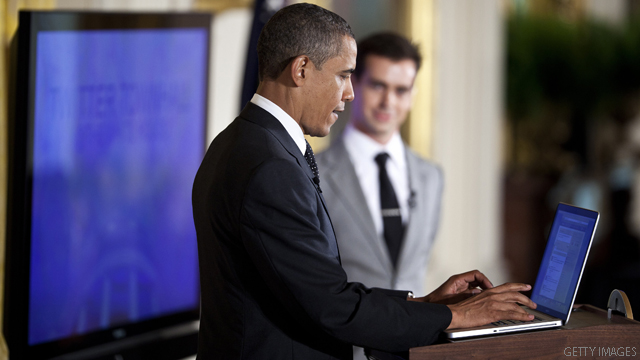 Washington (CNN) - President Barack Obama said Wednesday he wants a deal with Congress in the next two weeks to tackle mounting deficits and allow an increase in the federal debt ceiling, but he didn't rule out using a constitutional argument to increase how much money the government can borrow.

"I don't think we should even get to the constitutional issue," Obama said during a Twitter town hall at the White House in response to a tweeted question on whether he would rely on a clause in the Fourteenth Amendment to unilaterally raise the debt ceiling.