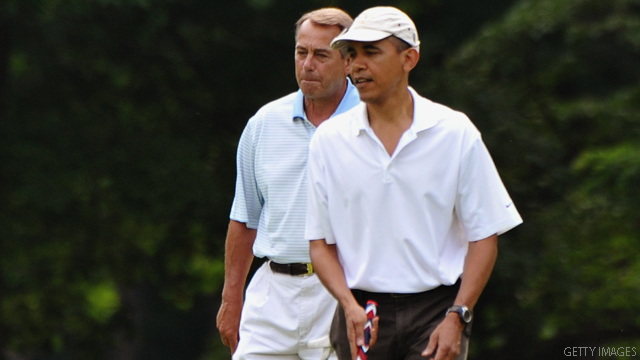 Official: Obama and Boehner met for deficit talks over the weekend

Also Obama said Tuesday he invited Democratic and Republican leaders from both chambers of Congress to the White House for a meeting Thursday to discuss deficit reduction and the need to raise the federal debt ceiling.