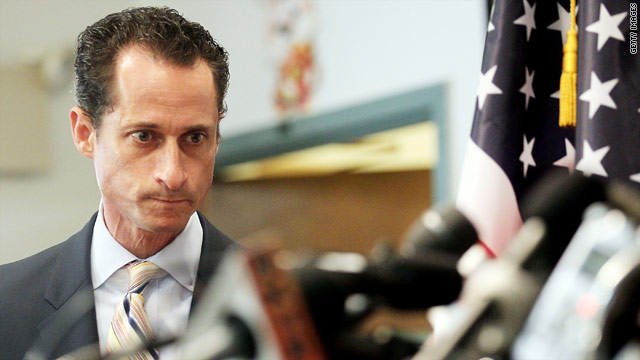 (CNN) - Democrats threw their hat in the ring Thursday for the special election to fill Anthony Weiner's congressional seat.

David Weprin, a New York state assemblyman from Queens, will run as the Democratic candidate in the upcoming Sept. 13 election, according to The New York Times.

Weiner, who stepped down on June 16 after being caught in a "sexting" scandal, represented New York's 9th district, an area that covers parts of Brooklyn and Queens.

In a special election, New York laws require party bosses to pick the candidates rather than hold a primary. This left Rep. Joe Crowley, chairman of the Queens County Democratic Organization, with the authority to chose his party's nominee.

Political analysts say the 55-year-old Democrat is a safe choice. Weprin has high name recognition in Queens, in part because his father, Saul, served as the state's Assembly Speaker, and his brother, Mark, currently represents a section of the borough in the New York City Council.

Before becoming an assemblyman himself, Weprin served as a City Council member for eight years and led an unsuccessful run for city comptroller in 2009.

While Democrats have traditionally represented New York's 9th district, Republicans are expected to use Weiner's scandal-scarred reputation to lure voters.

"Weiner's shadow will loom large over this race," said Steven Stites, a Queens-based political consultant. "In many ways, this is going to be about him more than the two candidates."

The former congressman held the seat for more than 12 years, which could also spur Republicans to campaign on a message of change. The GOP is eager to capture the seat and add a second Republican to the city's congressional delegation-a huge feat in a liberal hub like New York.

"They could run on change and reform, as opposed to the same old politics and a county-picked Democrat," said Stites, adding the GOP could paint Weiner as a "symbol of Washington dysfunction."

But Democrats have an advantage in numbers. According to recent enrollment reports, Democrats outnumber Republicans in the district by 3 to 1.

And a NY1-Marist poll taken in early June showed a majority of Weiner's district didn't want the embattled congressman to step down, despite numerous calls for resignation from his own party.

Democrats hope their choice in Weprin could also help dissipate the Weiner shadow. Sources tell CNN that Weprin is known for having a non-confrontational, low-key approach.

"Weprin is not Anthony Weiner, in terms of personality and style," said Doug Muzzio, a public affairs professor at Baruch College–CUNY. "It's that simple."

On the GOP side, Eric Ulrich, the Republican frontrunner and 26-year-old New York City Council member, announced Tuesday he would not be seeking the seat. Ulrich is widely considered a rising star in the GOP and was encouraged to run by former Mayor Rudy Giuliani in early June, prior to Weiner's resignation.

Other Republican names floating around include businessman Bob Turner, who ran against Weiner in 2010 and lost with 40 percent of the vote, as well as attorney Juan Reyes, whose Manhattan ties could come with a thick rolodex for potential fundraising.

Republicans must formally announce a candidate by Monday, according to election law.

But no matter who wins the election in September, the job may soon disappear. With New York losing two congressional seats due to population losses, the district could take the ax in a redistricting plan that's set to finalize in 2013.