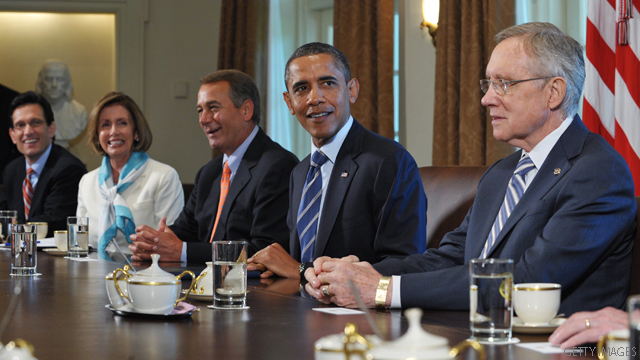 Carney: No breakthrough in WH meeting

Washington (CNN) - President Barack Obama said Thursday his talks with congressional leaders were constructive and he will meet with them again on Sunday "with the expectation being that at that point the parties will at least know where each other's bottom lines are" and the hard negotiating can begin.

Work will continue through the weekend to prepare for a second meeting Sunday involving President Obama and congressional leaders, Carney said, adding that the Thursday meeting established a good environment for proceeding.

"There's not a specific breakthrough that happened today," he said.