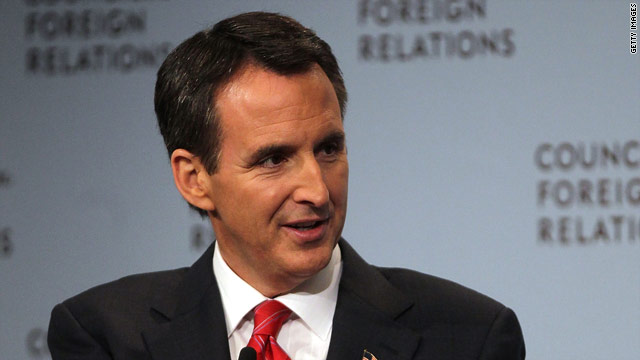 (CNN) - Republican presidential candidate Tim Pawlenty attempted to prove how tough he is Thursday by boasting about his fighting past.

"The loudest guy or woman in a bar usually isn't the toughest," Pawlenty said Thursday at a town hall, according to audio posted by Radio Iowa. "I'm an old hockey player and I've probably been in more fights than all these candidates combined."

The former Minnesota governor is often categorized as soft spoken. When an Iowa voter pressed him to show his "strong demeanor on the campaign trail," Pawlenty responded by saying "I've got more than one gear."

"You can be nice and strong," Pawlenty added. "You don't have to be a jerk to be strong."