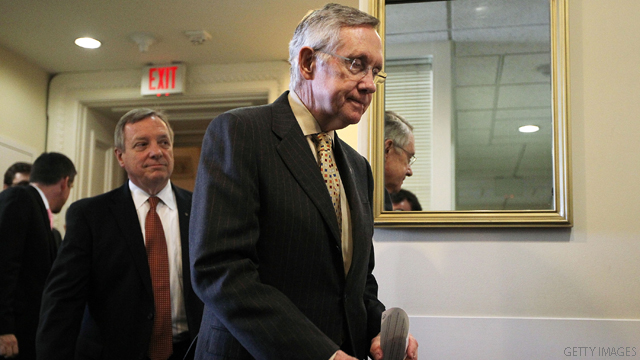 "I'm going to the White House now, I'm not making any statement now," Reid said as he departed Capitol Hill for a key meeting on the debt with the president and a bipartisan group of congressional leaders.

When the reporter followed up, Reid cut him off. "Did you hear what I said? I'm not going to say anything," he said.

The Social Security issue is sensitive for Reid and many Democrats because they argue the program does not contribute to the deficit and therefore should not be part of any debt reduction deal.

Sources tell CNN that Obama and House Speaker John Boehner, R-Ohio, are considering changes to Social Security in exchange for GOP concessions on tax increases - something most Republicans are reluctant to support.

Reid will not hold a press conference after the meeting either, his office said.