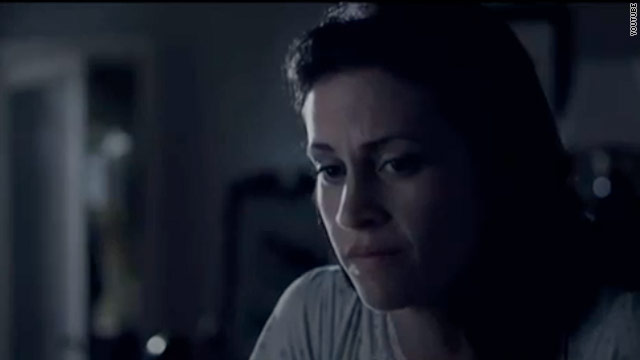 (CNN) - Crossroads GPS, an independent Republican advocacy group, announced a new wave of ads Friday, the second phase of a $20 million campaign focused on government spending and the national debt.

The $7 million ad buy will include a spot on national cable and television stations in battleground and early presidential contest states, as well as state-specific ads targeting Democratic senators, according to the group.

The national ad, "Wake Up," will run in Colorado, Iowa, North Carolina, New Mexico, Nevada and Virginia. It will air in 30 and 60 second spots narrated by a woman who says she cannot sleep because of her family's financial worries.

"I supported President Obama because he spoke so beautifully, but since then things have gone from bad to much worse," the woman says. "There's got to be a way to take away President Obama's blank check."

"The ads encourage constituents to contact the Senators and say no to more taxes, spending and debt," a statement from Crossroads GPS read.

Next week, the group will start airing ads in approximately ten House districts.

"As the debt limit negotiations heat up, we need to counter the power of the President's bully pulpit and make sure Americans are getting the facts," Steven Law, president of Crossroads GPS, said in a statement. "President Obama and his congressional allies have already wasted hundreds of billions of our tax dollars, and we need to send them the message that they don't deserve another penny in taxes."

Crossroads GPS, an arm of American Crossroads, spent $70 million in the 2010 midterm elections and has pledged to raise $120 million for the 2012 election cycle.

The first phase of the campaign announced in June also focused on the state of the economy and the stimulus bill passed under Obama. That spot was scheduled to air on national cable news channels and in key voting states.