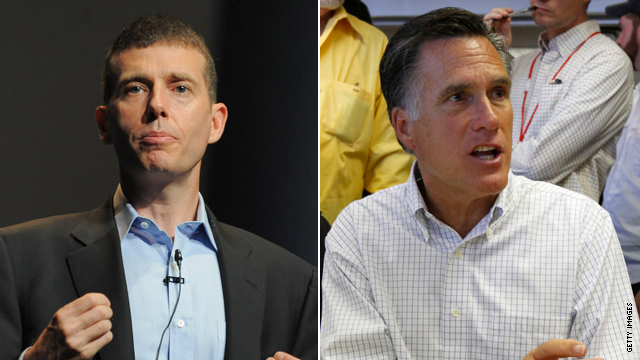 Washington (CNN) - Welcome to the 2012 campaign, where rapid response comes in the form of poison-tipped tweets fired by the nation’s top political operatives.

Witness the battle being waged in the Twitter-verse over the disappointing June jobs report.

“In business, Romney made a fortune firing American workers. As governor, 47th on job creation. Now? All attack, no ideas.”

The message was in response to a Mitt Romney campaign e-mail that called for the firing of top White House political adviser David Plouffe.

“If David Plouffe were working for me, I would fire him and then he could experience firsthand the pain of unemployment,” the Romney statement read.

On Wednesday, Plouffe suggested voters might look past the jobless rate in the 2012 election.

“The average American does not view the economy through the prism of GDP or unemployment rates or even monthly jobs numbers,” Plouffe said at a breakfast with reporters sponsored by Bloomberg News.

“People won’t vote based on the unemployment rate, they’re going to vote based on: ‘How do I feel about my own situation? Do I believe the president makes decisions based on me and my family?’”

“Hey @davidaxelrod, were you the one who told Plouffe to say that unemployment doesn't matter to average Americans?”

“@EricFehrn, if you have to misquote Plouffe to make your point, you probably aren't on very solid ground,” Burton tweeted.

Burton left the White House in February and is now a senior strategist for the Democratic super PAC Priorities USA Action, which he helped found to compete with third-party Republican groups in the 2012 election.

The campaign crossfire underscored Romney’s Republican front-runner status, as he has drawn a steady flow of criticism from the Democratic Party all week.

Romney has focused his attacks on the economy in recent weeks, and his staff has repeatedly used the slogan “Obama isn’t working” in web videos and campaign statements.