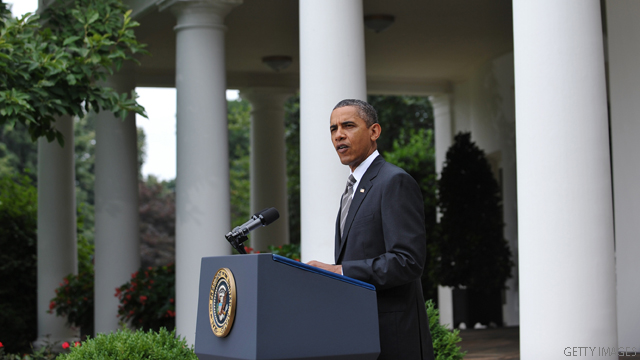 Obama: Economy has a 'long way to go'

(CNN) - President Barack Obama said Friday that "today's job report confirms what most Americans already know: We still have a long way to go and a lot of work to do."

He called on Congress to take a series of steps to help strengthen the economic recovery, including dedicating more money to infrastructure repair, streamlining the patent approval process, passing several free-trade agreements, and extending the current payroll tax break.

He also called for a rapid conclusion to the debt ceiling talks. "The sooner we get this done," the sooner businesses will have the certainty needed "to grow and to hire," he said.