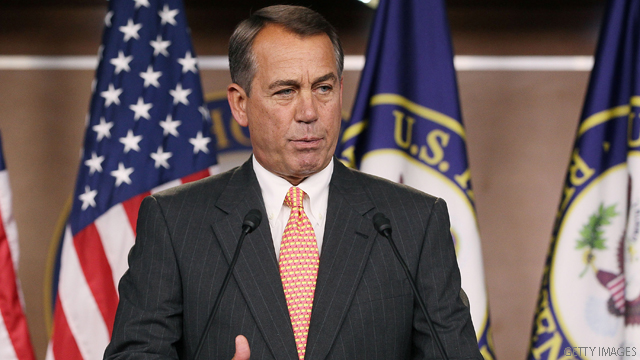 Washington (CNN) - Just five minutes after the release of the nation's June unemployment report, House Speaker John Boehner released a statement saying "the American people are still asking the question, where are the jobs?"

At 8:30 a.m. ET, the Labor Department reported the unemployment rate edged up to 9.2 percent in June, from 9.1 percent in May. Economists had predicted the rate would improve to 9 percent.

The government also reported the economy gained just 18,000 jobs last month, way below expectations and lower than the weak 25,000 jobs created in May.

Moments after the release of the report, Boehner led an avalanche of Republican responses, saying "today's report is more evidence that the misguided 'stimulus' spending binge, excessive regulations, and an overwhelming national debt continue to hold back private-sector job creation in our country."

The president is expected to react to the jobs report later Friday morning. While Obama's overall approval rating in most national polls stands in the mid-to-upper 40s, his numbers on the economy and jobs range between the upper 30s and 40 percent.

Minnesota Rep. Michele Bachmann was the first GOP presidential candidate to respond to the report.

"Today's unemployment report is another stark reminder of the failure of President Obama's economic policies," Bachmann said in a statement. "The President promised if we passed the massive stimulus package that unemployment wouldn't go above 8 percent, we are now at 9.2 percent."