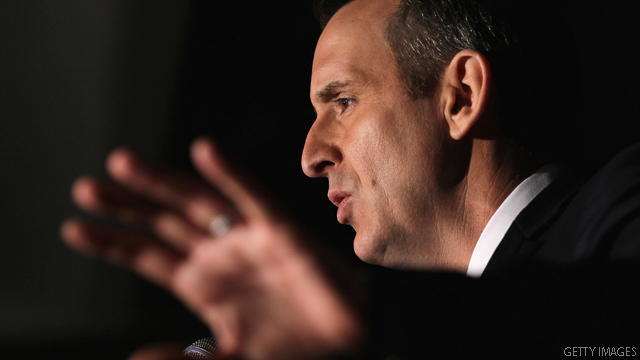 In his sharpest comments to date, Pawlenty said his history as governor of Minnesota makes him more qualified than the congresswoman to be president.

“I like Congresswoman Bachmann. I’ve campaigned for her. I respect her, but her record of accomplishment in Congress is non-existent,” Pawlenty said on NBC’s “Meet the Press.”

Although the two-term former governor has contrasted their records before, this was his most direct shot at Bachmann.

“We’re not looking for folks who just have speech capabilities,” Pawlenty said. “We’re looking for who can lead a large enterprise in a public setting and drive it to conclusion. I have done that; she hasn’t.”

Bachmann responded to the comments Sunday, saying the 2012 election should focus on the future of the U.S. "instead of negativity."

"I want to focus on my accomplishments," Bachmann said in a statement. "People can count on me as a fighter; I am proud of my record of fighting with resolve, and without apology, for our free markets, for sane fiscal policies, and in opposition to the advancement of the big government left."

Pawlenty has painted himself as the serious, results-oriented candidate, even adopting the campaign slogan “results, not rhetoric.”

But he recognized his campaign needs to show “significant progress” in the next 60 days, especially given his low standing in polls of Iowa voters.

“I’m confident in the Iowa straw poll that we will” demonstrate improvement, Pawlenty said of the high stakes survey of potential 2012 candidates. “As my record in Minnesota gets out, I think we’ll have a campaign that’s going to be prevailing not just in the straw poll, but in the Iowa caucuses and beyond.”