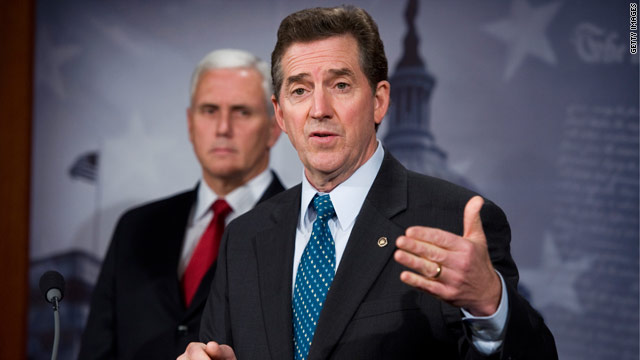 Washington (CNN) - South Carolina Sen. Jim DeMint, embracing his role as kingmaker in the Republican race for the White House, has organized a presidential forum scheduled to take place in Columbia on September 5.

The Labor Day event, called The Palmetto Freedom Forum, will be more of a question-and-answer session rather than a debate, event organizers said. The GOP candidates will be asked to offer concrete plans for fixing the debt and growing the economy.

Not every Republican hopeful will be invited, though. Candidates must meet a threshold of 5 percent in an average of national polls conducted by the website RealClearPolitics.

Questions will come from three panelists: DeMint, Iowa Rep. Steve King and Robert P. George, founder of the American Principles Project, which is sponsoring the event.

"It is an effort to band together and put people through a real interview-type process," one DeMint supporter involved in the event planning told CNN. "I can't take another candidate who says he or she is for limited government and then doesn't do anything about it. We want to know your plan. This is about getting real, and not throwing out a bunch of 30-second sound bites."

DeMint has ruled out a presidential bid of his own, disappointing several of his top South Carolina backers who say the 2012 presidential field lacks a credible voice on the topics of spending and the debt.

"I am pleased to be part of this exciting event that will help Republican primary voters make their choice for president," DeMint said in a statement Monday. "America faces enormous challenges in the years ahead, and primary voters must thoughtfully select a candidate with the courage and conviction to fight to save it."

About a half dozen DeMint supporters have taken to calling themselves the "Keep Your Powder Dry Caucus" in recent weeks, with the goal of remaining neutral through the early part of the primary process before putting their collective muscle behind one candidate at some point after the forum.

"In my mind, if DeMint is not going to run, he has got to have a part in the process of determining who we are going to pick," one DeMint backer told CNN.