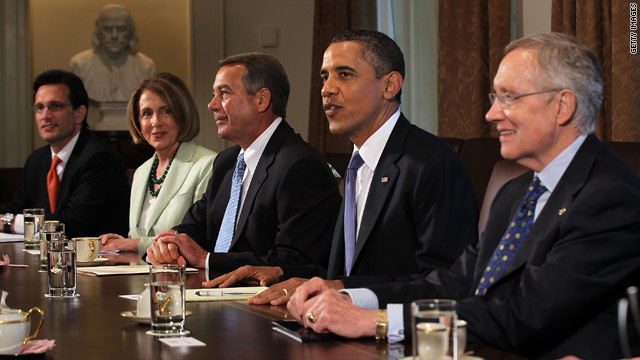 More than 160,000 people have pledged to withhold support for Obama in 2012 if concessions in Social Security or health care are made, according to the PCCC.

Obama stressed the importance for negotiators on both sides of the aisle to step out of their comfort zone and make political sacrifices during his weekly address Saturday.

The liberal group launches its campaign in the wake of a new Club for Growth ad released Monday, advising Republicans to hold onto the "Cut, Cap, and Balance" pledge, which supports increases to the debt ceiling only if paired with a balanced-budget amendment, spending cuts and statutory spending caps.

PCCC co-founder Adam Green theorized that if Obama doesn't fulfill the requests of his supporters during debt negotiations, he may be more poised to run as an independent in 2012 instead of in the Democratic primary.

An overwhelming majority of Democratic voters oppose cutting Social Security to deal with debt, according to PCCC polling.

"If he's running as a Democrat, antagonizing the base like that is a pretty bad strategy," Green told CNN.

The liberal PCCC contributes to and endorses campaigns of progressive candidates and legislation.

No agreement was reached during Monday's debt ceiling talks between Obama and congressional leaders but discussions are scheduled to reconvene on Tuesday.