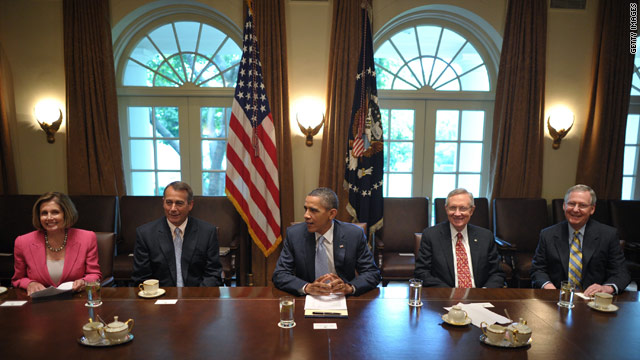 (CNN) – I think President Obama and the Democratic and Republican leaders with whom he's been negotiating an increase in the nation's debt ceiling all fully appreciate the stakes. Based on everything that I'm hearing, they are all convinced that the consequences of failure would be a huge disaster for the U.S. economy and the American people. It probably would make the 2008-09 recession look like child's play.

The warnings have been coming fast and furious in recent days – from the president, his treasury secretary, Timothy Geithner, and, today, from Federal Reserve Chairman Ben Bernanke. And all of this helps explain why Senate Minority Leader Mitch McConnell came up with his rather complicated, last-minute and very desperate proposal to resolve the issue.