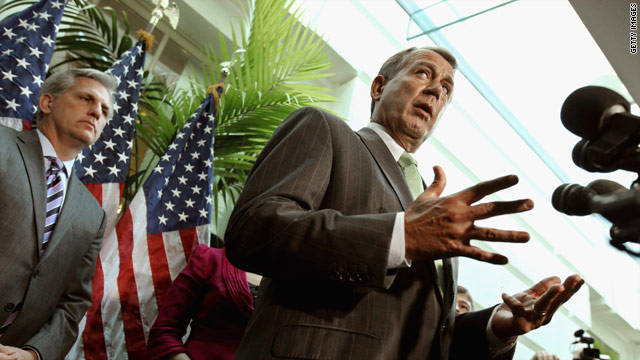 Speaker Boehner on debt talks: Like dealing with Jell-O

(CNN) - In a meeting to discuss the status of debt talks with reporters in his Capitol Hill office today House Speaker John Boehner said, “What the President is asking us to do just won’t pass.” Of the White House he insisted, “The only thing they’ve been firm on is these damn tax increases.”

The Speaker believes the broad set of options discussed during the daily White House meetings would not muster enough support within his caucus because they would raise taxes and demand smaller, less meaningful cuts than needed.