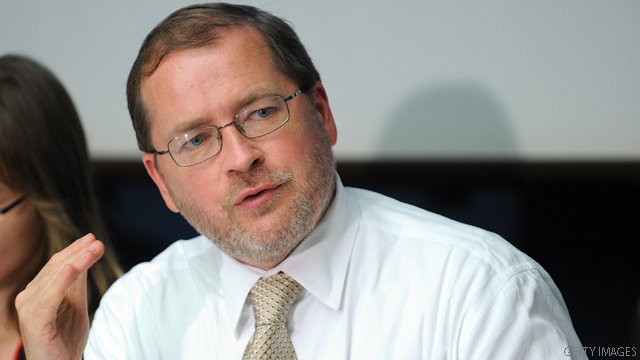 Grover Norquist: The man who drew the GOP's 'line in the sand'

Washington (CNN) - At the heart of the contentious talks between the White House and congressional Republicans on whether to raise the debt ceiling is a simple, one-sentence document many conservative lawmakers have signed, pledging not to increase taxes.

"I _____ pledge to the taxpayers of the state of _____ and all the people of this state, that I will oppose and vote against all efforts to increase taxes," reads the version of the pledge signed by Republican lawmakers.