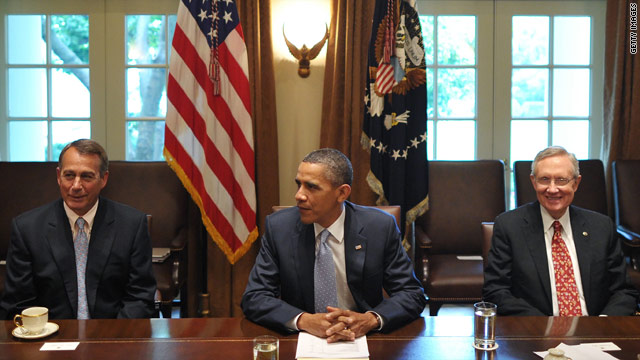 Washington (CNN)–President Obama told debt negotiators Wednesday afternoon he is setting Friday as a deadline to decide where the group is in the process of trying to reach a broad agreement on deficit reduction and an extension of the debt ceiling, said House Majority Leader Eric Cantor, according to Democratic sources familiar with talks.

"[President Obama] said we also need to get in the mode here because we're going to have to decide by Friday which way we're going. And really, he said, we ought to all start to think about things we can do rather than things we can't," Rep. Cantor told reporters after Wednesday's debt talks concluded.