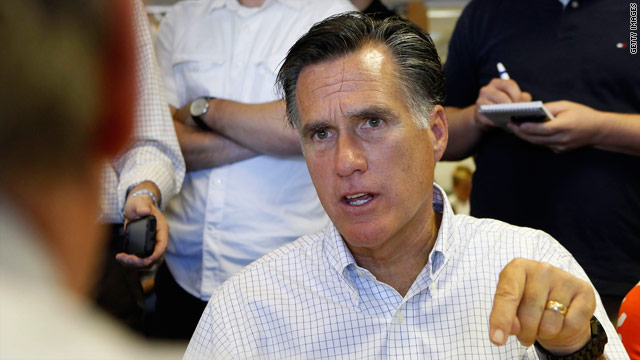 "Come on, Mr. President," said the Republican presidential candidate. "You can, by yourself, cut spending, agree to cap the spending and put in place a balanced budget amendment."

Click to watch video
Democrats and Republicans are divided on a deficit-reduction deal that needs to be reached by Aug. 2, the deadline set to avoid a default on the government's loans.

Romney's campaign has previously expressed support for the "Cut, Cap and Balance Pledge," which has been signed by seven other 2012 presidential candidates, five governors and 48 members of Congress.

The pledge asks signees to oppose a raise in the debt ceiling unless it includes major spending cuts, a cap in spending, and a balanced budget amendment.

"That is the answer for the debt ceiling," Romney told the New Hampshire audience. "It is within my view the president's power."

While not talking directly about the political fights surrounding the debt talks between Congress and the White House, Romney said politicians too often think more about the next election than policy.

"We have to elect people who don't give a hoot about getting re-elected but instead care about getting the country right," Romney said.