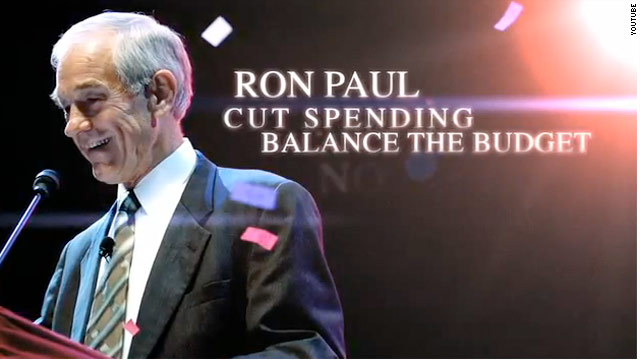 (CNN) - Coming Friday to the airwaves in Iowa and New Hampshire: Rep. Ron Paul's first television ads of the 2012 campaign.

The 60-second commercial, which looks at the onset like a movie preview ad, highlights opposition by the longtime Republican congressman from Texas who is making his third bid for the White House to raising the nation's debt ceiling.

The spot starts with a notice that "the following preview has been approved for all audiences."

"In the '80s, they did it to Reagan. A debt ceiling compromise: Democrats promising spending cuts and delivering only tax hikes. The '90s brought more compromises, more broken promises and more new taxes," says the narrator of the ad.

The ad goes on to say that this summer "the next chapter will be written," referring to the debt ceiling negotiations.

"But will our party leaders repeat the mistakes of the past? Will they choose compromise or conviction?"

The ad ends by touting Paul's longtime record of pushing for a much more limited federal government.

"One candidate has always been true. Ron Paul: Cut spending, balance the budget, no deals. Standing up to the Washington machine, guided by principle. Restore America now."

The Paul campaign says it's spending six figures to put the commercial on television in Iowa and New Hampshire, the two states that kick off the presidential caucus and primary calendar, which would make it the largest ad buy at this early point in the cycle–and the first major ad buy in the Granite State.

"Dr. Paul is committed to leading the charge against raising the debt ceiling and is running this campaign to win the presidency," Paul political director Jesse Benton tells CNN.

News of the ad was first reported by Politico. The airing of the commercial comes as the Paul campaign also begins a grassroots campaign to build opposition to raising the debt ceiling.