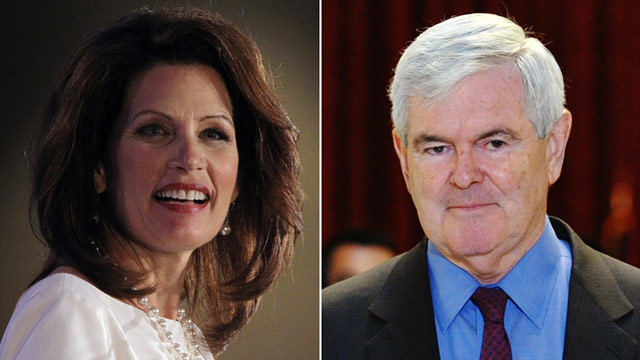 (CNN)-Minnesota Rep. Michele Bachmann may have announced her bid for the 2012 GOP nomination for president well into the second fundraising quarter, but she still managed to outpace competitors.

Bachmann, a tea party darling who's recently faced both acclaim and criticism, has $3.6 million in cash to spend on her presidential campaign efforts.

But she didn't manage to catch up with frontrunner Mitt Romney, who is well ahead in the money race. He reported $18.25 million in campaign contributions for the second quarter.

While more GOP candidates have announced at least $1 million in fundraising, Gingrich reported that his campaign is $1 million dollars in debt.

Almost half of his debt can be attributed to traveling by private plane since Gingrich racked up a $451,946 bill to an air charter company also used by the Republican National Committee.

Though his campaign faced early hurdles including the departure of 16 staff members reportedly over differences with their candidate, Gingrich still reported $2 million in donations for the second quarter.

He has cash on hand to continue pursuing a presidential bid –$322,222, according to Federal Election Commission filings.