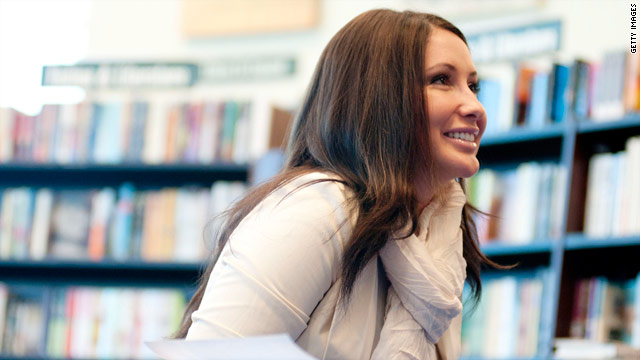 The 20-year-old said her mom stepped down in 2009 in response to a surge of lawsuits.

"It was just costing the state tons of money and us personally tons of money, and she just wasn't able to do her job with those lawsuits being filed," Bristol said.

Leno, however, pointed out that lawsuits against governors are "part of the job" in state politics.

"Not to the magnitude that she was getting," Bristol said. "She just wanted to put her state first."

The former Alaska governor was the subject of multiple ethics complaints, including an investigation that her staff allegedly pressured a public official to fire a state trooper who had been through a messy divorce with Palin's sister.

When Palin resigned in July 2009, she said she had already decided against running for re-election and felt that her time as a lame-duck governor would be wasteful for the state.

In another media appearance, Bristol told HLN's Dr. Drew Pinsky in an hour long special to air this coming Thursday that she "definitely" agrees her mom could win.

"I think she's so smart, and I think she can debate anyone and do very well," Bristol said.

When asked if Bristol hopes her mom doesn't make it to the White House–given the added media attention–Bristol said, "no."

"I think that people are going to be talking about my family and her and everyone else, uh, no matter what we're doing," Bristol said.

This summer Palin has visited crucial voting states such as Iowa and New Hampshire, but she has yet to announce a decision on whether she'll join the 10-member field of GOP presidential hopefuls.

But, according to Palin, Bristol has already weighed in on her mom's 2012 decision.