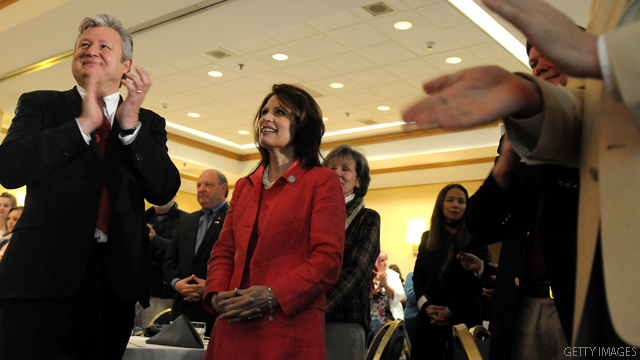 In an interview with the Minnesota Star Tribune published Friday, Bachmann did not deny that he or other counselors at his clinic used the technique, but said they only did so at the request of a patient.

"Will I address it? Certainly we'll talk about," Bachmann said. "Is it a remedy form that I typically would use? … It is at the client's discretion."

The American Psychological Association has said there is "insufficient evidence to support the use of psychological interventions to change sexual orientation."

Bachmann said the business, located just outside Minneapolis, mostly treats those suffering from depression and anxiety, who already accept religious faith as part of their healing process.

"We don't have an agenda or a philosophy of trying to change someone," Bachmann said.

When asked about the undercover video released to CNN by "Truth Wins Out," a gay rights group, that showed a potential patient being told he could become heterosexual, Bachmann said someone must have doctored the recording.

"This individual came to us under a false pretense," Bachmann said. "The truth of the matter is he specifically asked for help."