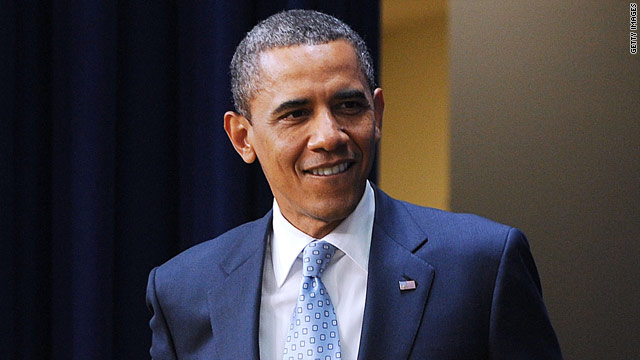 Washington (CNN) - On Saturday, the Obama campaign is hosting about 1,000 events across the country as it tries to enlarge its base of grass-roots activists for the 2012 presidential campaign. A major priority for the Obama team has been to reactivate its network of supporters who were considered key to its 2008 victory.

"This weekend will be our campaign's single biggest organizing opportunity of the summer," wrote Jeremy Bird, the campaign's national field director, in an e-mail to activists.

About 1,500 summer organizers will lead efforts at voter registration, door-knocking and attending public events, asking people to sign petitions committing their support: "a massive day of activism" is how one campaign aide put it.

"One volunteer at a time, we're going to build the biggest grassroots network that politics has ever seen," Bird vowed.

The campaign said it registered thousands of voters at a similar event last month, enabling it to enlarge its list of possible volunteers.

The campaign also said it has 60 field offices up and running, although many of them were already set up for Organizing for America, the Democratic National Committee's grass-roots advocacy effort. Since the re-election announcement, a campaign emphasis has been to woo back activists who may have been frustrated with the administration's first term – either because of some promises not kept or because of some of the positions the president has taken – at house parties and other events.

Disclosing a record fundraising number for the quarter that ended June 30, campaign officials this week pointed to the fact that 552,462 individuals contributed, and more than 260,000 of them had never given to the Obama team, they said.

"This should end any Washington chatter about our grass-roots supporters. They are back and energized," campaign manager Jim Messina said Wednesday.

One group of progressive activists, however, is sending a different message to the campaign. The Progressive Change Campaign Committee said Friday that it delivered about 200,000 petitions from people who had donated to the campaign, demanding that President Obama not support cuts to key entitlement programs such as Medicare and Social Security, or they would pull their support by not volunteering time or donating to the re-election campaign. The committee said the effort involved donors who had made more than $17 million in donations and volunteered more than 2.6 million hours to the 2008 campaign.

Some of those who delivered the petitions to the campaign's headquarters told the Chicago Tribune they would still vote for the president but wanted to send a message.