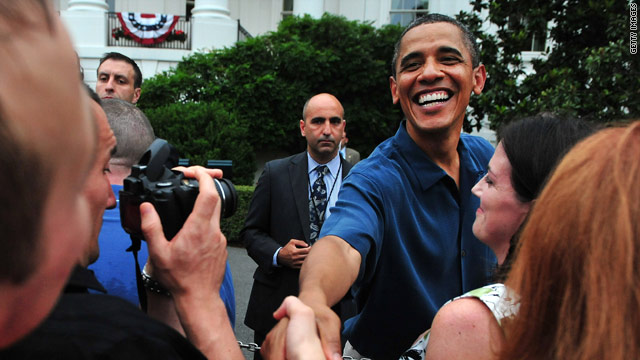 Who helped the President bring in the big bucks?

Washington (CNN) - We now have a glimpse into some of the high-powered help the president and his re-election team received in raising a record-setting $87 million between April and June.

The Obama campaign released a list Friday afternoon of more than 270 fundraisers–so-called "bundlers"– who helped bring in at least $50,000 for the campaign and the joint Obama for America-Democratic National Committee victory fund.

Among the other notable names: famed Hollywood agent Ari Emanuel, one of 87 people who raised between $50,000 and $100,000. He is the brother of former White House Chief of Staff and current Chicago Mayor Rahm Emanuel.

Included in the list are long-time Democratic activists such as Ambassador Elizabeth Frawley, who served as a special representative for global partnerships at the State Department. Chicago business executive Penny Pritzker, who served as finance chair for then-Sen. Barack Obama's 2008 campaign, helped bring in between $100,000-$200,000 for the re-election effort.

Bundlers are an integral part of campaign fundraising efforts since individual donations are limited.

While federal law election requires campaigns to disclose the names of donors of more than $250, there is no requirement to reveal the names of bundlers.

Obama campaign spokesman Ben LaBolt tweeted a challenge to the GOP candidates to disclose their bundlers as well.