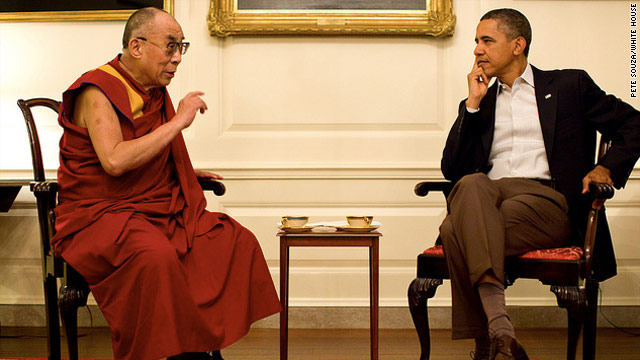 During the closed-door visit, Obama was expected to "highlight his enduring support for dialogue between the Dalai Lama's representatives and the Chinese government to resolve differences," the White House said.