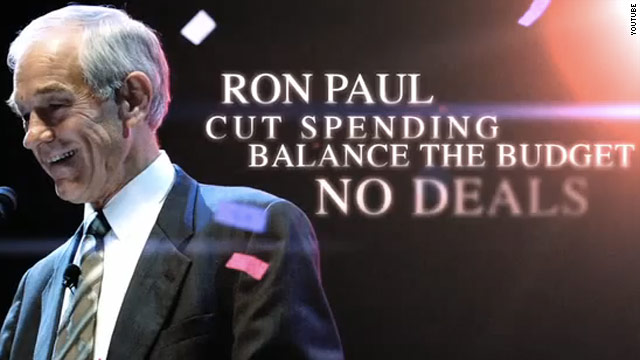 (CNN)-Retiring Texas Rep. Ron Paul, an aspiring 2012 GOP presidential nominee, is expanding his campaign’s reach into early primary and caucus states with the help of television.

An ad that began running Friday in the first-in-the-nation caucus and primary states of Iowa and New Hampshire will extend to Nevada, which comes third in the nation’s caucus calendar.

“Nevada is a key constituency with important and growing influence on the national political environment,” said Jesse Benton, Paul’s campaign chair. “Dr. Paul plans to win the state in 2012.”

Potential Paul supporters will view the anti-debt ceiling increase ad beginning Monday. It is part of the biggest ad buy from any GOP presidential candidate thus far - Paul’s campaign describes the investment in Nevada as a “significant buy” in a written release.

Ron Paul announced a $4 million fundraising haul for the second quarter Friday and invested six figures of that sum in the spot, which touts Paul’s record of promoting a more limited federal government and explains his opposition to raising the debt ceiling.

The 12-term congressman revealed he would not seek a 13th House term in July choosing instead to focus on his bid for the presidency, Paul's third effort at winning the GOP nomination.