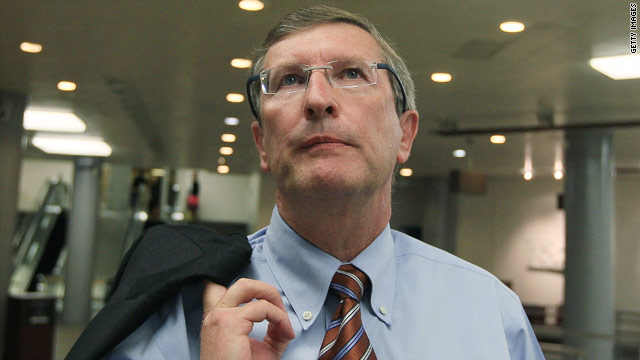 The former Gang of Six members will reveal their plan privately Tuesday to a group of 40 to 50 senators.

"We're presenting the progress we've made," said Sen. Kent Conrad, D-North Dakota, the Budget Committee chairman. "It's a comprehensive approach that reforms entitlements, reforms the revenue code, cuts spending, is balanced and is in the range of $3.6 (trillion) to $3.7 trillion."

"We're going to ask people if they are interested in pursuing this," he said.

Conrad has been critical of the direction of recent debt ceiling talks involving Congress and the White House, saying they don't go far enough to reduce long-term debt. But the work of his group isn't likely to have much effect on the debt ceiling debate, which must be resolved in about two weeks or the U.S. will default.

An aide to one member of the group said he did not think all members had actually signed off on a formal proposal. Conrad wouldn't directly answer whether they had done so.

"We've agreed to this presentation," he said.

The Gang of Six includes Conrad and two other Democrats, Dick Durbin of Illinois and Mark Warner of Virginia. It currently has two Republicans: Saxby Chambliss of Georgia and Mike Crapo of Idaho. Sen. Tom Coburn, R-Oklahoma, dropped out of the group after months of work over disagreements with the direction of the negotiations.

The gang's original goal was to put in place the recommendations of President Obama's fiscal commission, which called for debt to be reduced by $4 trillion over the next 10 years.

Coburn on Monday proposed his own plan to cut the debt by $9 trillion over 10 years through a combination of spending cuts, entitlement overhaul and tax reform. He acknowledged the plan would not pass, but said he hoped it would spark debate on the issues he raised with it.