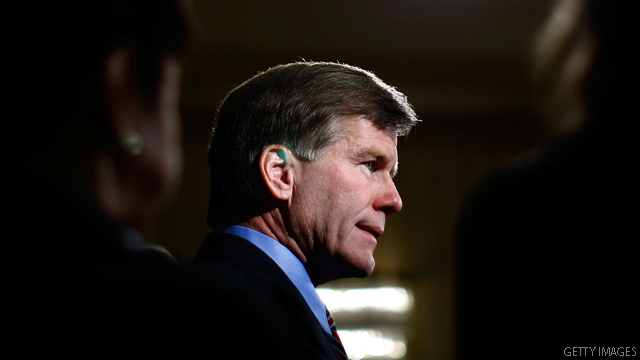 GOP governors looking to their own as 2012 race takes shape

Salt Lake City, Utah (CNN) - Republican governors are searching within their own ranks for a presidential candidate to get behind, a scenario that might present an obstacle for Minnesota Rep. Michele Bachmann's as she continues her surge in the polls.

In the wake of big statehouse gains in 2010, Republicans wield control over political and financial networks in several key battleground and primary states. Now they are planning to exercise that newfound influence as the party begins the process of choosing its nominee.

While there are no plans to unite behind a single Republican, governors interviewed by CNN repeatedly said they are choosing between the candidates who have experience running a state, namely former Massachusetts Gov. Mitt Romney, former Minnesota Gov. Tim Pawlenty and former Utah Gov. Jon Huntsman.

"Of course when we get governors together we talk about 2012," said Virginia Gov. Bob McDonnell. "There is a general thought that a current or former governor will make the best candidate for the Republican Party."

The prospect of a bid by Texas Gov. Rick Perry, which looks more realistic every day, has also piqued the interest of some GOP executives who admire his jobs record and potential to bridge the divide between establishment Republicans and grassroots elements of the party.

McDonnell reserved special praise for Perry, calling him "the kind of guy that can win" the nomination because of his broad appeal to tea party activists, social conservatives and business-types.

Wisconsin Gov. Scott Walker said his fellow Republicans "are talking a little bit here and there" about the race and concluding that a nominee with gubernatorial experience has the best opportunity to topple President Barack Obama.

"The fact that there is a number of competent quality candidates who are either current or former governors is a positive," he said.

Along with New Jersey Gov. Chris Christie, Ohio Gov. John Kasich and South Carolina Gov. Nikki Haley, Walker is one of a new generation of governors who have charmed Republican activists with their unapologetic approach to budget cutting.

Their combative methods have weakened their standing politically in some cases – 59 percent of Wisconsin voters disapprove of Walker's performance, for instance - but the presidential candidates continue to seek their endorsements in hopes of currying favor with Republican primary voters.

Others potential endorsers, like Mississippi Gov. Haley Barbour and Iowa Gov. Terry Branstad, are political veterans who would lend an air of establishment credibility to a campaign, not to mention connections to networks of Republican donors.

Still, of the nation's 29 Republican governors, just three have picked a horse in the 2012 race so far.

But that gubernatorial pick-up for Gingrich is likely to be an outlier.

Barbour, the former Republican Governors Association chairman who helped elect several of his younger colleagues, said governors are better equipped than legislators to step into the Oval Office. He cited Ronald Reagan and Bill Clinton as successful examples.

And what about a three-term congresswoman from Minnesota?

"I am not for or against anybody," Barbour said.

McDonnell was similarly half-hearted about Bachmann.

"I am inclined to support a governor," he said. "That's not anything about Michele Bachmann or Newt Gingrich who are fine legislators. But the skill set that's going to make the next great Republican president comes from the governor ranks."

That kind of lukewarm praise seems to rule out the possibility that Bachmann will win any substantial support from the gubernatorial wing of the party.

That may be just fine with Bachmann, whose outsider brand and grassroots appeal have propelled her to an early lead in Iowa, which holds the first contest of the Republican nomination fight.

But if she wants to move her insurgent candidacy beyond the early states, Bachmann must at some point overcome questions about her viability from the establishment side of the party.

New Hampshire GOP strategist Mike Dennehy recalled the challenge of working for Sen. John McCain's upstart primary bid in 2000 against then-Texas Gov. George W. Bush, who ultimately overpowered McCain with the full force of the Republican establishment at his back.

"If the 2012 nominating contest comes down to a governor and a member of Congress, or other outsider, that governor will have a phenomenal advantage in money and establishment support," Dennehy said.

The three-day NGA meeting was, officially, a nonpartisan event with an agenda of policy-driven plenary sessions focusing on topics like education and homeland security.

But 2012 politics was an unavoidable topic for the governors who roamed the hallways of the Grand American hotel in Salt Lake City.

Even before the session began, the Democratic Governors Association organized a press conference to attack their Republican counterparts for not speaking out more forcefully against members of their own party in Washington who are balking on raising the federal debt ceiling.

Perry's presidential maneuvering was also beginning to have a ripple effect.

McDonnell, the RGA vice chairman, said he has started discussions with fellow Republican governors about taking over the RGA if Perry, the current chairman, steps down to run for president.

Meanwhile, Branstad, who has assumed the role of his state's chief political prognosticator, happily handicapped the Republican race for reporters who asked him about Perry's chances in Iowa.

Branstad was the only Republican at the meeting to bring up the possibility of a bid by former Alaska Gov. Sarah Palin, who served just a year and a half in Juneau before resigning in 2009.

The Iowa governor also demanded a meeting with Huntsman, who spent the weekend in Salt Lake City for a series of fundraisers and campaign stops. Huntsman is not planning to compete in Iowa, frustrating GOP leaders in the caucus state.

The two men sat down in a hotel suite reserved by Huntsman's campaign and had a frank discussion about campaign strategy. "He spoke his mind, I spoke my mind," Huntsman said after the confab.

Huntsman made his case to seven different Republican governors over the weekend as he tries to build support for his campaign, which is still in its early stages.

Yet even as the GOP presidential field finally begins to take shape, the party continues to face nagging questions about the strength of its candidates.

McDonnell said it's time for Republicans to stop looking elsewhere and begin evaluating the current group of presidential hopefuls. There will be no perfect candidate, he said.

"Maybe we are waiting for Superman," he joked.