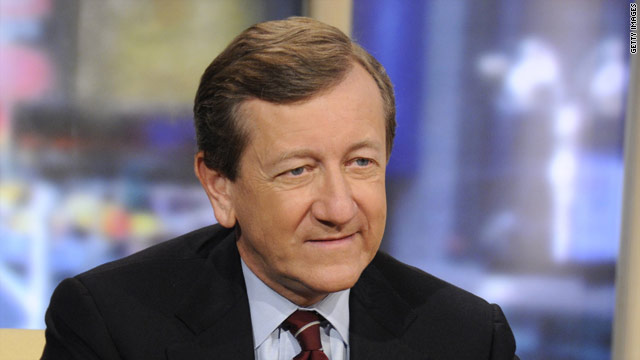 Washington (CNN) – Rep. Michele Bachmann's campaign is giving its version of what happened at a campaign appearance on Tuesday amid claims that two Bachmann bodyguards "manhandled" a reporter who was trying to question the presidential candidate.

At issue is an altercation involving the Minnesota Republican and ABC News investigative reporter Brian Ross at a campaign stop in Aiken, South Carolina.

"It didn't happen the way Brian [Ross] is describing it," Bachmann press secretary Alice Stewart told CNN. "He was repeatedly asked by our security people to stay off the stage and he jumped up on there anyway."

Bachmann was on stage for a political event and afterwards, she responded to a report that she has debilitating migraine headaches. A report in the Daily Caller earlier Tuesday was headlined, "Stress-related condition 'incapacitates' Bachmann; heavy pill use alleged."

"I'm prescribed medication that I take on occasion whenever symptoms arise and they keep my migraines under control," Bachmann said in response. "But I'd like to be abundantly clear, my ability to function effectively … will not affect my ability to serve as commander in chief."

Ross was at the event apparently to ask the Minnesota congresswoman if she'd ever missed a House vote because of migraine headaches.

After Bachmann made her statement, she began to leave the stage without taking reporter questions. Time correspondent Michael Crowley described to CNN's Lisa Sylvester a dramatic account of what happened next.

"As soon as she finished the statement, they turned the PA system on really loud with the music playing so loud that it was really hard to even try to ask her a question if you wanted to," Crowley said. "But Brian [Ross], you know, started asking, you know, in a kind of dogged voice, 'Have you ever missed a house vote because of your migraine – have you ever missed a roll call vote.' And she ignored him and walked away quickly."

Crowley continued: "Brian started to chase after her, you know, just repeating the question the way a reporter does … but there was nothing particularly unusual about it. And then at one point, she kind of went behind the stage she was on – her car was parked there – and Brian sort of went around behind the stage as well."

Then the account turns especially dramatic: "A couple of guys really just came at him [Brian Ross]," Crowley said. "There were a few cops there and there were what looked to me like two bodyguards…and their hands were on him. They were…sort of manhandling and pushing him and you know at one point it looked like they were kind of holding him back, pulling him away from her as he was just trying to ask her this question. And she just ignored the question…And got in her car and drove away."

"We were on a tight timeframe to get her back to [Washington] D.C. for an important vote on Cut, Cap and Balance," Stewart told CNN. "We were on a beeline to the car. And he [Brian Ross] jumped up on stage. We repeatedly told him not to do it. And he did it. And then he ran around a group of people – just repeatedly disregarded our request for him to stay back so she could get in the car and go to D.C."

Stewart did not address the specific account that two Bachmann bodyguards roughed up Ross – or address the question of whether or not Bachmann missed any House votes due to migraines.