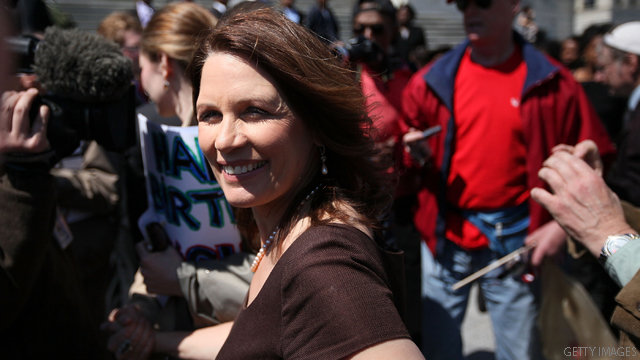 Bachmann: I suffer from migraines

(CNN) - Rep. Michele Bachmann responded Tuesday to a report that the presidential candidate frequently suffers from severe headaches that have at least three times landed her in the hospital.

At a campaign stop in South Carolina, Bachmann said she treats her migraines with medicine as needed and emphasized the rigorous pace of her campaign schedule since she entered the 2012 race.

Campaign press secretary Alice Stewart addressed an earlier report Tuesday from the Daily Caller that said Bachmann "suffers from stress-induced medical episodes that she has characterized as severe headaches."