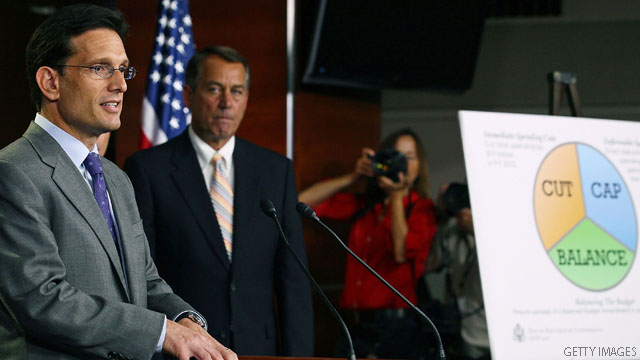 WASHINGTON (CNN) - The U.S. House on Tuesday passed the so-called "cut, cap and balance" measure backed by conservative Republicans that would impose strict caps on all future federal spending while making it significantly tougher to raise taxes. The plan opposed by President Barack Obama now goes to the Senate, where Democrats are expected to defeat it.