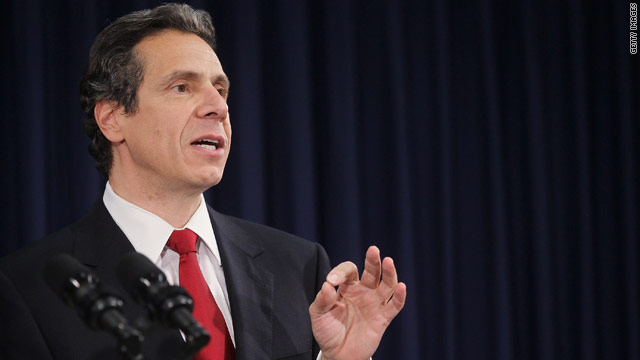 (CNN) - Republicans will face off in New York next year on April 24, a date that falls more than two months later than the state's last presidential primary on Feb. 5, 2008.

Republicans had originally looked at earlier dates but liked the idea of joining up with neighboring states in April, said Anthony Casale, chief of staff and spokesman for the Republican State Committee.

"We realized April 24 was turning out to be a 'Northeast Primary Day'," Casale said, adding that Republicans expect the primary season will go on for a while and the warmer weather in April would encourage higher turnout. Delaware is also slated to hold its primary that day.

The date was a compromise between the state's Republican and Democratic parties. While the Republicans considered an earlier date, Democrats had been lobbying for a summertime primary, as the Democratic National Committee awards extra delegates to states that hold later primaries, said the state's Democratic Chairman Jay Jacobs.

"They wanted to avoid this rush that everyone seemed to have this last time around to be the first state to have a primary," said Jacobs, who's also a member of the DNC.

Jacobs estimates his party will get 15 percent more delegates for the April date.

Republican State Sen. Tom O'Mara, who sponsored the bill, said the later date will also give New York more time to comply with the MOVE Act, a federal law that requires states to send absentee ballots to military voters overseas no less than 45 days before an election.

The bill also changes the state's Republican primary structure. It will move from a winner-take-all system, where a candidate who wins a majority of votes automatically receives all state delegates, to a system where candidates win a proportionate amount of delegates according to votes broken down by congressional districts.

"This will require candidates to campaign in all parts of the state," Casale said. "It's also important that if these candidates are campaigning in our congressional districts, they can be helping those congressional candidates, as well."

While states traditionally try to get into the primary season early on, holding a late primary could have its advantages in terms of influence.

Should the campaigns come down to a neck and neck race, similar to the one between then-Sen. Barack Obama and then-Sen. Hillary Clinton in 2008, then a primary win as late as April in a big state like New York could launch a candidate far ahead.

"Of course, early states give candidates a big boost, but it usually comes down to a fight between two candidates," said Steven Brams, professor of politics at New York University. "If that's the case, then the late states are going to matter."