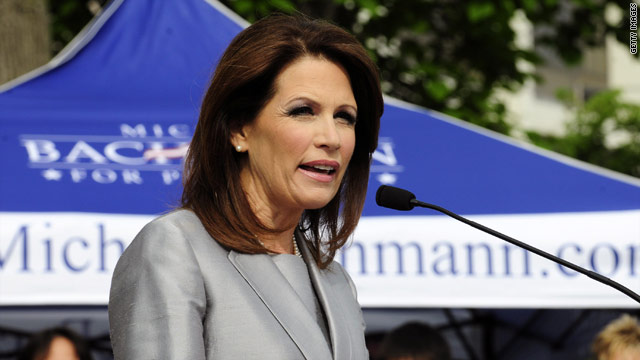 It's not easy to get to Michele Bachmann. Her appearance at a rally on Tuesday in Aiken, South Carolina, attended by perhaps 150 people, featured three uniformed police officers and two body guards in plain clothes. One of those guards spent much of the day preventing reporters from getting too close to the candidate.

As she greeted fans and signed autographs after her speech, he planted himself directly in front of another man filming her chit-chat with a hand-held video camera. (At another event on Tuesday I had seen the same man making hand gestures to another Bachmann staffer when I came near with a pen and pad.)