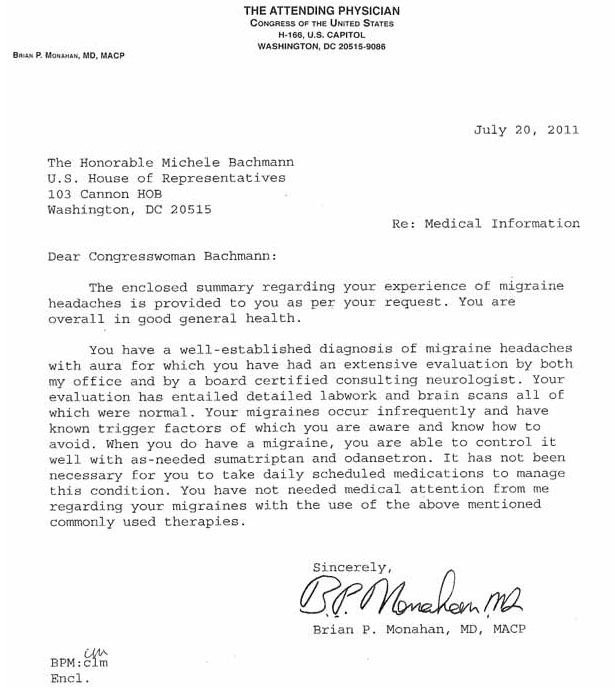 The Attending Physician of the United States Congress, Dr. Brian Monahan, said the Minnesota Congresswoman is in "overall in good general health."

"Your migraines occur infrequently and have known trigger factors of which you are aware and know how to avoid," Dr. Monahan wrote.

The doctor noted evaluations have included "detailed labwork and brain scans all of which are normal." She is prescribed sumatriptan and odansetron to control the migraines on an as-needed basis, Dr. Monahan wrote. He said she does not take daily medications to manage the headaches.

After a report in the Daily Caller, Bachmann said Tuesday she treats her migraines with medicine as needed and emphasized the rigorous pace of her campaign schedule since she entered the 2012 race.