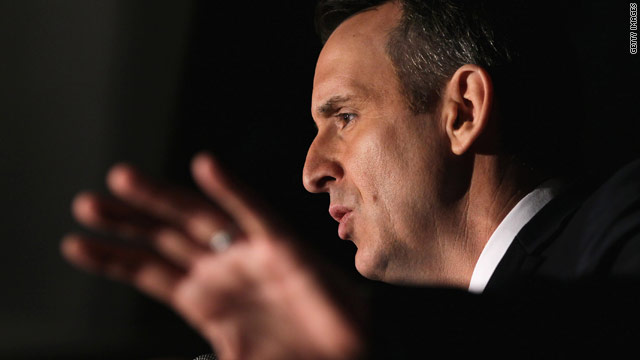 Although he declined to comment directly on the implications of Bachmann's headaches when questioned, choosing to "defer to the judgment of the medical professionals," Pawlenty did tack on an aside assessment of the qualifications needed to serve as president.

"The candidates are going to have to be able to demonstrate they can do all of the job, all of the time," Pawlenty said.

He made the comments about the congresswoman while campaigning for the 2012 GOP nomination for president in Iowa, the state where Bachmann was born and where she's been attempting to build a home-field advantage.

Iowa will host the Ames Straw Poll in August, an early predictor of how Republican candidates may fare in the critical first-in-the-nation caucus state during its early presidential contest.

Across the nation in California, former Massachusetts Gov. Mitt Romney had an opposing view. "There's no question in my mind that Michele Bachmann's health is in no way an impediment to her being able to serve as president," he said.

Bachmann has been chasing Romney's lead in recent polls. He noted they have "different views" on some issues but stated, "We'll campaign in various states and express our views but her health should not be an issue in a campaign."