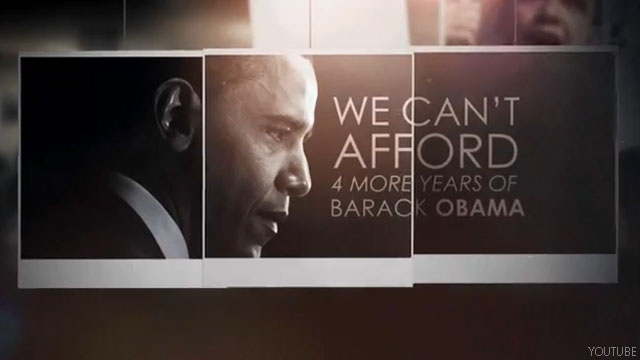 Washington (CNN) - The Republican National Committee is up with a new television commercial in three battleground states that could determine the outcome of next year's presidential election.

The RNC says the ad, which highlights what they call President Barack Obama's "failed economic leadership," begins running Wednesday in Colorado, New Mexico and Nevada. The party committee says it's also going up with an accompanying Spanish language radio ad. Hispanic and Latino voters are a major force in all three states and the national unemployment level among Hispanics stands at 11.6 percent.

Obama won all three states by single digits in the 2008 presidential election, after President George W. Bush narrowly carried them in his 2004 reelection victory.

The ad, the RNC's third this cycle, goes on to say that "we Can't Afford Four More Years Of Barack Obama."

The RNC wouldn't comment on how much money they are spending on the ad buy, which one media industry source describes to CNN as "very small."

In an email release Wednesday afternoon, the Democratic National Committee claimed that the RNC only spent $7,500 to run the ad on national cable and in the three states.

DNC Communications Director Brad Woodhouse also attacked the GOP, saying that "while President Obama looks to find sensible solutions to get our fiscal house in order, the Republican Party and its candidates for president continue to play politics with our economy and are fighting to protect the same budget-busting tax breaks and loopholes for corporate jet owners, oil companies, and hedge fund managers that got us into this current mess."