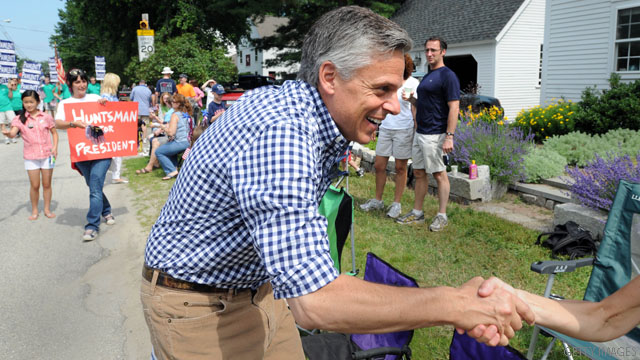 "Times have changed since Huckabee ran," Brown said. "I don't agree 100 percent with everything but on the whole [Huntsman's] the one who can beat Obama."

Huckabee announced a few months ago he would not seek the Republican nomination. Huntsman is courting fiscal conservatives, centrist Republicans and independent voters in his White House bid.

But Huntsman's conservative credentials have come under fire from some Republicans, because he served as Obama's ambassador to China.