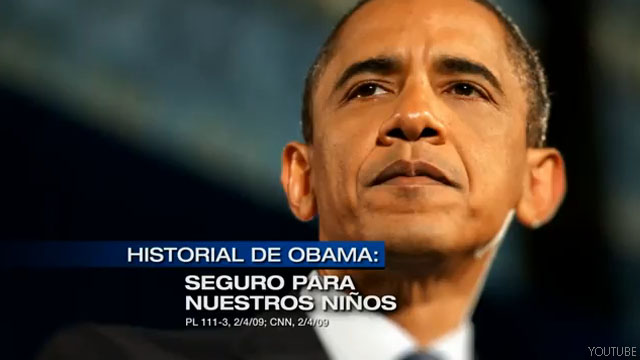 The spot starts by saying that "behind the ads that pretend to care about our children, it's the Republicans who would end the Medicare guarantee while protecting tax cuts for the very rich. It was the president who extended health insurance to our children, financial aid for students and cut taxes for the middle class."

The ad closes by saying "we know who to trust, and who we can't because it's our job to protect our families."

A DNC official confirmed to CNN that the buy for their ad is many times larger than the RNC's latest ad.

Colorado, New Mexico, Nevada and Florida were all carried by Obama by single digits in the 2008 presidential election, after President George W. Bush narrowly carried them in his 2004 reelection victory.

Hispanic and Latino voters are a major force in all four states and the national unemployment level among Hispanics stands at 11.6 percent.