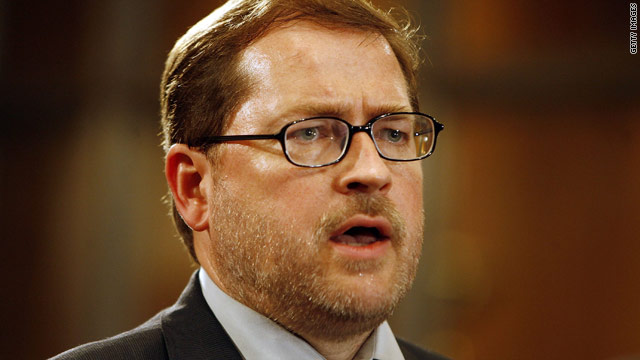 (CNN) - The head of a conservative group that has backed a high-profile pledge to oppose any tax increase told CNN on Friday that he would support effectively lifting the debt ceiling through the 2012 presidential election.

Grover Norquist, the president of Americans for Tax Reform, spoke shortly after House Speaker John Boehner abruptly ended debt talks with the White House, in part due to his claim that President Barack Obama was insisting that "taxes have to be raised."