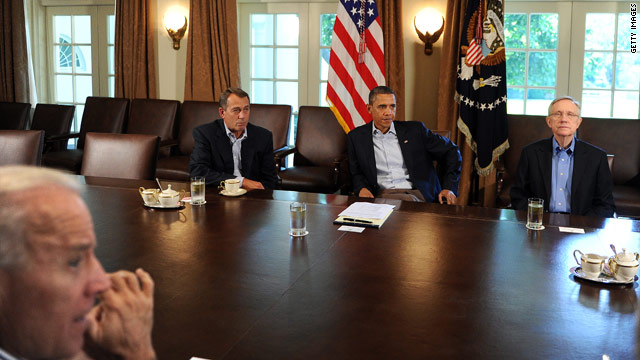 BLITZER'S BLOG: Too late to resurrect the deal?

Washington (CNN) – We did learn some intriguing details about the debt ceiling negotiations in recent days. Both President Barack Obama and House Speaker John Boehner were ready to anger their respective bases in order to work out a deal.

To the dismay of many Democrats, President Obama was ready to support cuts in entitlement spending for Social Security, Medicare and Medicaid. He was ready to support what's called "means testing" – meaning that richer people would have to shell out more for health benefits under Medicare than poorer people. The president is also apparently ready to adopt a new cost-of-living increase formula that effectively would result in reduced Social Security and Medicare benefits. When I interviewed Independent Senator Bernie Sanders of Vermont the other day, he made it clear he hated those proposals.