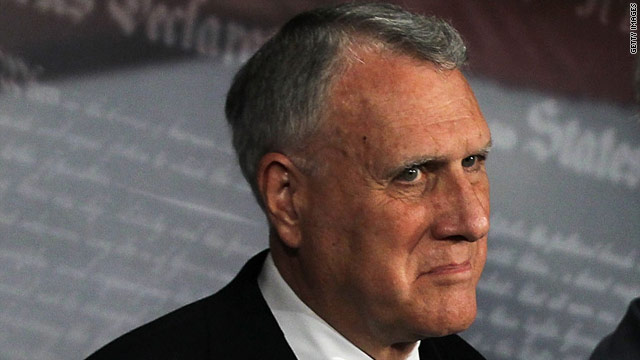 At the same time, Sen. Jon Kyl of Arizona acknowledged Republicans have supported the same approach. House Budget Chairman Paul Ryan of Wisconsin counted the same savings in the budget he proposed earlier this year.

"I know the Ryan budget used that approach as well but it's not valid scoring," Kyl told CNN, as he headed to a meeting for all Republican senators to discuss the debt crisis. "It's going to be very hard for Republicans to say, 'Oh, we can get all the way to $2.4 trillion if that is a big piece of the score.' It just doesn't work."

Kyl said he hasn't seen the rest of the Reid proposal so can't speak to other problems that might exist, but said counting the savings from the war will be "a real problem."

"Remember you have a pretty sophisticated constituency out there. The American people have seen too many of these debates where these savings are alleged but then you get to the fine print and it turns out the savings aren't all that which they are cracked up to be," he said. "I think this one doesn't pass the laugh test unfortunately."

Asked if Democrats have an argument that Republicans should support something they've voted for in the past, Kyl said not necessarily.

"Yeah, it's an argument," he said. "But the fact that something was done in previous budget doesn't make it right. It's not something I supported in that budget - but when you have a $3 trillion budget there are a lot of things you don't agree on. But on balance the Ryan budget was very much worth supporting. That particular piece I didn't support."