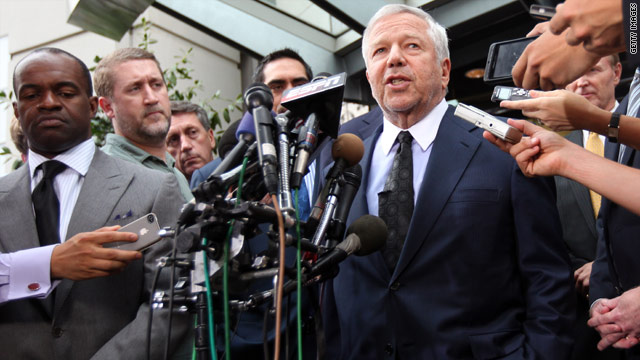 NFL owner to Washington: Are you taking notes?

Washington (CNN) – Congressional leaders could learn a thing or two from the National Football League. At least, according to New England Patriots owner Robert Kraft.

"I hope we gave a little lesson to the people in Washington because the debt ceiling is a lot easier to fix than this was," he said Monday at a presser announcing an end to the months-long stalemate between owners and players.

A committee of league players met in Washington to finalize a new collective bargaining agreement following a weekend of communication between representatives for owners and players. It was ratified Monday. And though President Obama also met with congressional leaders Saturday, no deal was reached to raise the amount of money the nation can borrow.

The president will address the nation on the debt ceiling late Monday following the introduction of two competing plans by House Speaker John Boehner and Senate Majority Leader Harry Reid.