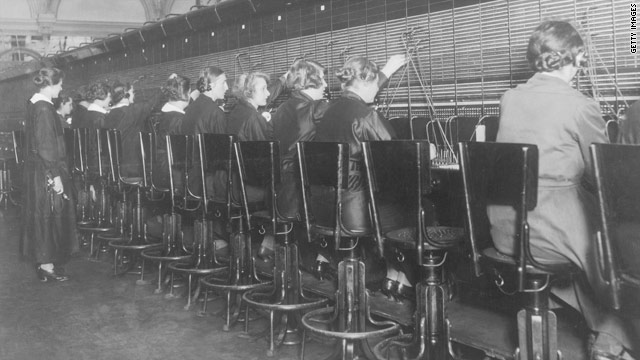 (CNN) - Capitol Hill is ringing busy Tuesday due to a high volume of calls and jammed phone lines in the U.S. House of Representatives, according to an email from the House's call center.

The phone traffic comes after President Barack Obama asked Americans to contact their elected leaders in his primetime speech Monday.

"Due to the high volume of external calls, House telephone circuits serving 202-225-XXXX phone numbers are near capacity resulting in outside callers occasionally getting busy signals," the email said.

"Offices have been advised to utilize alternate extensions when possible," said Salley Wood, communications director for the House Administration Committee, which handles day-to-day operations in members' offices on Capitol Hill.

House offices are also receiving a flood of emails, and a number of websites are down or experiencing slow connections as of late Tuesday morning. House Speaker John Boehner's website responds with a "Server Too Busy" or "Bad Request (Invalid Hostname)" message.

Kyle Anderson, Democratic communications director for the House Administration Committee, said the deluge of calls and emails from Americans underline "the seriousness of default."

"These are the people with Social Security and Medicare benefits at stake, individuals with pensions and retirement accounts invested in the financial markets and business owners whose continued existence is based upon their ability to access capital markets at reasonable interest rates," said Anderson. "Their message, and sense of urgency, are clear."