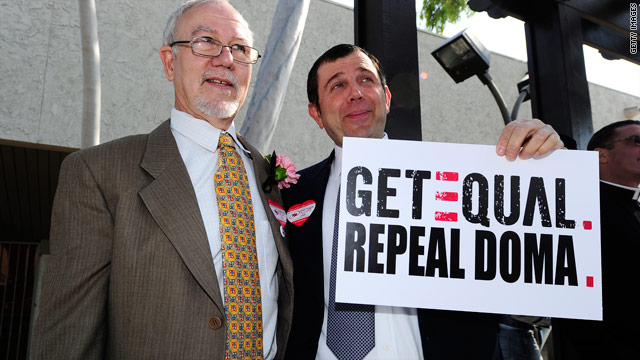 The controversial legislation, often called DOMA, defines marriage for federal purposes as unions only between a man and woman, and excludes same-sex unions, even those valid under state law. According to a news release from the DA's office, the filings come as part of the ongoing case of Windsor v. United States and call for the court to acknowledge Schneiderman's assertion that DOMA violates same-sex couples' constitutional right to equal protection under the law.