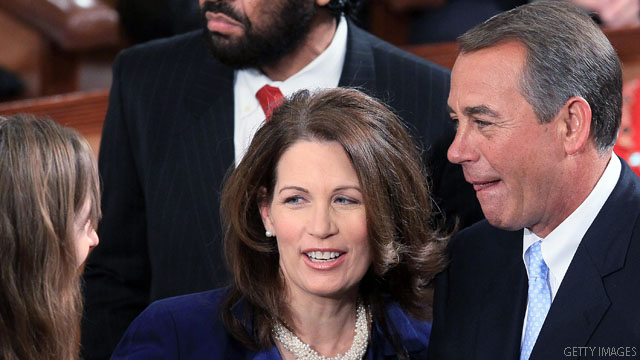 An error message on Boehner's site said "The web page cannot be found," and Bachmann's website said the "Server is too busy."

"There were temporary issues with sites hosted by outside vendors - many have been resolved," a spokeswoman for House Administration Committee said.

Both websites were operating normally by early Tuesday.