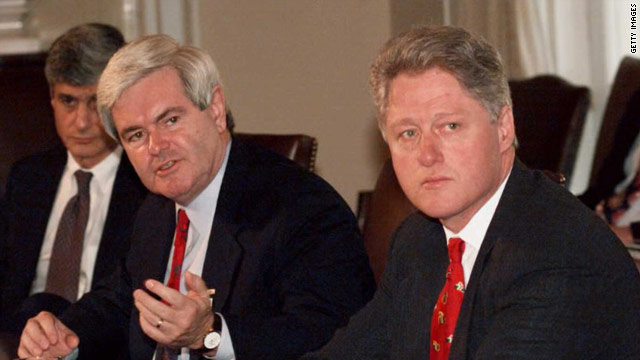 Washington (CNN) – At this point during President Bill Clinton’s first term at the White House, he, too, was facing an enormous challenge from emboldened House Republicans, including the then new Speaker, Newt Gingrich. The Republicans had taken the House majority in 1994 with their Contract with America. There was a huge battle over spending, and the government was shut down for a few days. The American public largely blamed Gingrich and the Republicans. Clinton, the following year, was re-elected.

President Obama is now facing a huge challenge from emboldened House Republicans, including Speaker John Boehner. The stakes this time are much higher if the government actually were to default on its financial obligations.