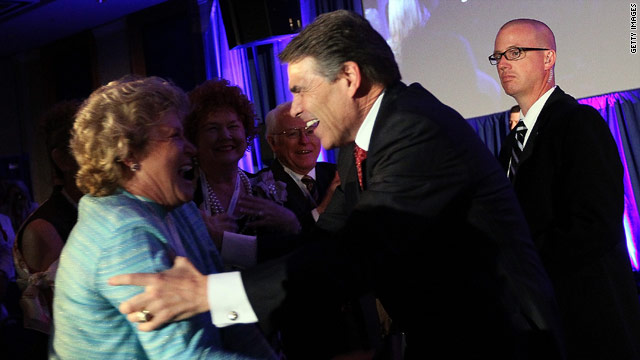 (CNN) – Texas Gov. Rick Perry will be wooed by yet another group of hopeful Republicans next week, when several New Hampshire GOP leaders travel to Austin for a meeting with the potential presidential contender.

Paul Young, a former executive director of the New Hampshire Republican Party, told CNN he was working to organize the trip because New Hampshire conservatives have voiced "a high level of interest" in Perry.

"People are still looking for a conservative candidate who can win in November and Perry seems to fit that model," Young said, calling the governor an effective job creator.

News of the visit was first reported by The New Hampshire Journal.

Perry has been reaching out to activists in New Hampshire, as well as in Iowa and South Carolina, over the past several weeks as he weighs a potential campaign.

Two more state GOP officials told CNN they were invited to join the group but were unable to attend.

Manchester Mayor Ted Gatsas told CNN he was invited to join the group but had to decline due to prior commitments. Another GOP source told CNN that New Hampshire Rep. Frank Guinta was also unable to attend.

Both Gatsas and Guinta are being courted by several Republican White House hopefuls.

A charismatic figure with tea party appeal, Perry is expected to announce his decision in the coming weeks. Polls indicate the three-term governor would make waves in the Republican race by scooping up socially conservative voters and injecting fresh excitement into the nomination fight.

If he does decide to run, Perry would have to contend with political organizations his potential rivals have spent months building in New Hampshire, which hosts the first-in-the-nation primary.