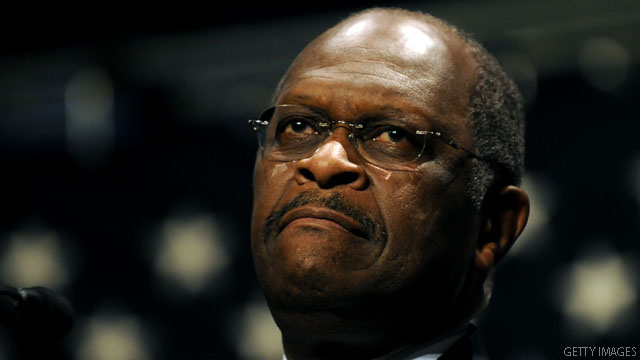 Washington (CNN) - Republican presidential candidate Herman Cain apologized for past comments regarding those who practice Islam, following a meeting with Muslim American leaders.

"I remain humble and contrite for any statements I have made that might have caused offense to Muslim Americans and their friends," Cain said in a statement Wednesday. "I am truly sorry for any comments that may have betrayed any commitment to the U.S. Constitution and the freedom of religion guaranteed by it."

The former Godfather's Pizza CEO and radio talk show host said he enjoyed a "heartfelt fellowship and thoughtful dialogue" in his meeting at the ADAM Center in Virginia, one of the largest mosques in the DC Metro Area.

Cain previously said he would be uncomfortable with a Muslim serving in his cabinet unless they proved their loyalty to the U.S. constitution. He also weighed in on the controversy surrounding the Islamic Center in Murfreesboro, Tennessee, saying communities should be able to prevent the construction of mosques in their neighborhoods.

After his meeting with four Muslim leaders, Cain said he is still opposed to the "interference of shariah law into the American legal system," but that Muslims have a right to openly practice their religion.

"In my own life as a black youth growing up in the segregated South, I understand their frustration with stereotypes," Cain said. "Those in attendance, like most Muslim Americans, are peaceful Muslims and patriotic Americans whose good will is often drowned out by the reprehensible actions of jihadists."