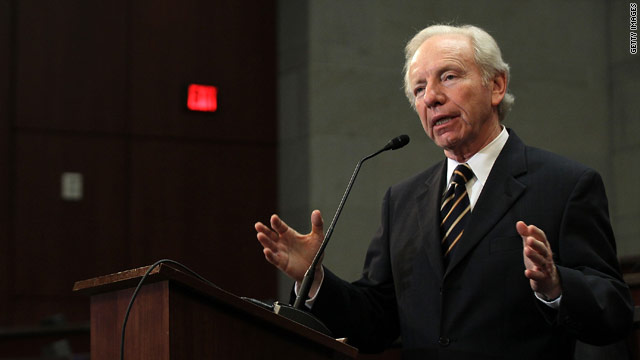 Sen. Joseph Lieberman, I-Connecticut, a high-profile Jewish lawmaker, weighed in with his support Thursday for the Democratic nominee, David Weprin, in a race that's pitting two candidates against each other on who's a stronger friend of Israel.

"While David Weprin can be counted on to fight for the safety and security of the State of Israel, we can also rely on him to protect the seniors and working families of Brooklyn and Queens," said Lieberman in a press conference in Washington, D.C.

Turner's statement was based on a report in The Jerusalem Post Tuesday that claimed 5,500 Palestinian prisoners received a total of $5 million per month in funds from the Palestinian Authority, which in turn receives money from the U.S. government.

"If this report is true, the United States government is paying the salaries of people whose sworn duty is to kill Israeli civilians, while U.S. citizens struggle to
get by," Turner said in a statement. "This is an outrageous situation, and the Obama administration needs to answer for it."

Turner noted that Weprin, his Democratic opponent, has remained silent on the issue.

But an official from the U.S. State Department familiar with the article but not authorized to speak on the record flatly denied the report's findings.

"We go to great lengths to make sure that none of our funding that's provided to the Palestinian Authority falls into the hands of terrorists," the official said. "All of our direct assistance is carefully vetted."

But Turner has kept Israel a strong campaign focus since former New York City Mayor Ed Koch, also a high-profile Jewish Democrat, backed Turner in an attempt to rile Obama over his policies on Israel. Koch is fumed over the president's recent calls that a Mideast peace deal be based on Israel's pre-1967 borders with land swaps.

Turner, himself, is not Jewish, while Weprin would be the only Orthodox Jew in the U.S. House of Representatives, if elected.

But Koch crossed party lines hoping a Republican win in the solidly Democratic district would send a warning that Obama faces losing support among his Jewish American base.